“Dalal had opened with a fizzing performance of Berlioz’s Roman Carnival Overture, which provided an opportunity to appreciate the quality of the orchestra’s woodwind playing – especially a luscious cor anglais – and the fierce solidity of its brass. And every section of the SOI received an even more searching examination in Rimsky-Korsakov’s Scheherazade. There was no doubting the character of the principal clarinet and bassoon, or the rich depth of the string tone, the latter led by the solo violin of Adelina Hasani. Nor was there doubting Dalal’s ability to use it all to maximum effect.”
- Andrew Clements, The Guardian


“This was, without question, the finest live performance of this masterpiece [Bruch’s Violin Concerto No. 1] I have heard; Bisengaliev’s tone was inherently full and rich, his clarity and the expressive qualities of his phrasing were exceptional, and his manifest love of this great work shone through every phrase, as the variety of his tone consistently reached every part of this very full Hall…..the playing throughout was distinguished by deep musicality and technical command…”
- Robert Matthew-Walker, Classical Source


“In a performance which could rival some of Europe’s major orchestras, the SOI wove a vivid tapestry evocative of Scheherazade’s tales with soaring woodwind, punching brass and warm strings… This is clearly an orchestra that’s going places. Their excitement, sense of discovery and real zest for the music translated to the audience, and we can only hope that spirit continues for the rest of the tour and beyond.” – Miranda Heggie, The Arts Desk


“I was impressed by the first violins, which can compete with some of the finest international orchestras and there was a fine nuance in the orchestral colours, especially from the violas and cellos….The performance of Scheherazade was actually one of the finest that I have heard for many years…This was an immensely powerful performance and revealed of the qualities of this fine orchestra.”
- Gregor Tassie, Seen and Heard International


“The Symphony Orchestra of India’s proficient performance clearly shows that it is an ensemble destined for higher international accolades.”
- Ranjit Dhillon, I am Birmingham

“The Third Violin Concerto by Saint-Saëns was here shared with us by Marat Bisengaliev. The French composer who usually makes great use of showing of in his work helped formulate a sparkling concerto, brought to life with glory by Bisengaliev. All eyes are on him in this virtuoso performance, filled with humanity and admiration…
[The SOI’s] performance of Scheherazade was the real deal.”
- James Ellis, Art Scenes in Wales


“The standard of the playing, it should be said at the very outset, was terrific…The orchestra really shone in the second half of the programme, in Rimsky-Korsakov’s Scheherazade… Here we heard not only superbly rehearsed and precisely delivered playing, but also instances of real characterisation from the soloists.”
- Paul Corfield Godfrey, Seen and Heard International


“It was a rather sensational evening – the audience couldn’t get quite enough of tabla maestro Zakir Hussain playing alongside the Symphony Orchestra of India (SOI) on its debut UK tour. It certainly won’t be their last visit - the quality of their performance at the Cadogan Hall in London last night probably sealed that. There were rapturous and prolonged applause and many were on their feet by the end.
This was a tremendous dialogue between Indian classical and western classical music and it presents exciting opportunities for the future.”
- Asian Culture Vulture


“The string tone is softly cushioned, and from this texture topped by delicate violins the violas emerge as a genuine presence, the cellos sings eloquently, and the basses underpin with significance. Woodwinds have character (not least the brilliant piccolo, which had so much to do in this concert), brass are both noble and incisive.”
- Christopher Morley, Midlands Classical Music Making 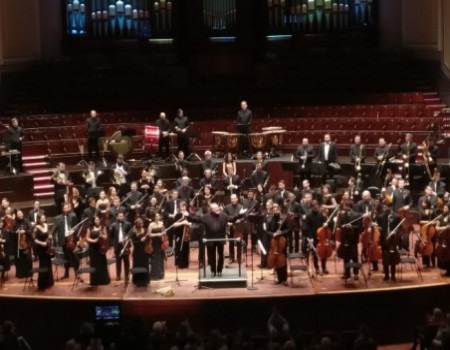 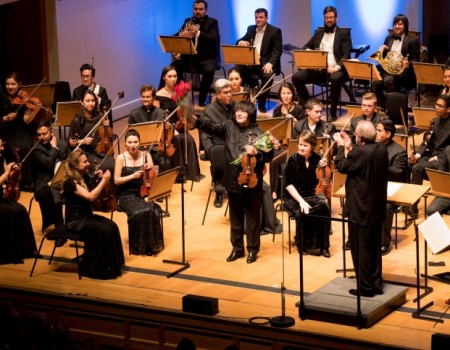 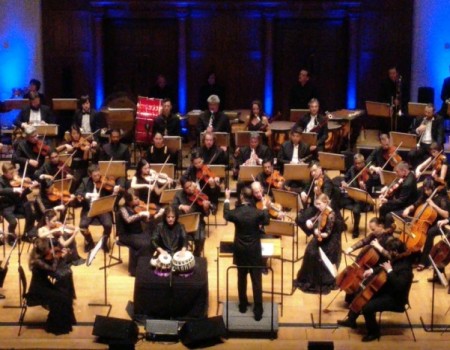 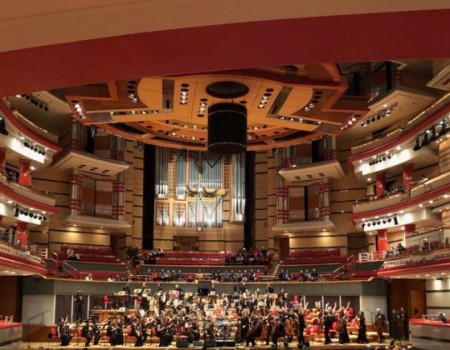