The Israeli violinist and violist Nurit Stark studied at the Rubin Academy Tel Aviv with Haim Taub, at the Juilliard School New York with Robert Mann, Musikhochschule Cologne with the Alban Berg Quartet and at Universität der Künste Berlin with Ilan Gronich where she graduated from her master studies.

Her love and dedication for contemporary music has led her to perform many world premieres and to collaborate with composers such as Sofia Gubaidulina, György Kurtag, Viktor Suslin, Valentin Silvestrov,  Georg Nussbaumer, Deirdre Gribbin and Ernstalbrecht Stiebler. In 2013 Sofia Gubaidulina composed “So be it” for violin, piano, percussion and contrabass for Nurit Stark in the memory of Viktor Suslin. The work was premiered in September 2014.

For many years she has been working in close collaboration with pianist Cedric Pescia. Their Duo is supported by the Forberg-Schneider Foundation. Furthermore, she was supported by the Ernst von Siemens Foundation, the America-Israel cultural foundation, the Ilona Kornhauser foundation and the Otto and Regine Heim foundation. She is a prizewinner of the George Enescu Competition Bucharest, Chamber Music Competition “Premio Trio di Trieste”, Leopold Mozart Violin Competition Augsburg and Ibolyka Gyarfas international violin competition.

Nurit Stark has also been working in close collaboration with Soprano Caroline Melzer since 2006 performing “Kafka Fragments” by György Kurtag in concerts and travelling with it to Russia and to Poland creating the video installation “roundhouse Reverb” together with British video artist Isabel Robson. In Fall 2015 was releaesed their recording of "Kafka Fragments" for BIS Records. This recording received the German record critic's prize 4/2015.
The Duo Stark-Melzer led symposiums and workshops presenting this important work of Kurtag in WienModern festival and in the university of music and performing arts of Mannheim.

She has recorded works by Feruccio Busoni, George Enescu, Clara & Robert Schumann for violin/viola and piano with Cedric Pescia for Claves Records and chamber works by Olivier Messiaen for Genuin Records. For BIS records she has recorded chamber works by Viktor Suslin & Sofia Gubaidulina and “Kafka Fragments” by György Kurtag with Caroline Melzer.
Her latest recording of works by Ernest Bloch for violin and piano together with Cedric Pescia was released in January 2018. 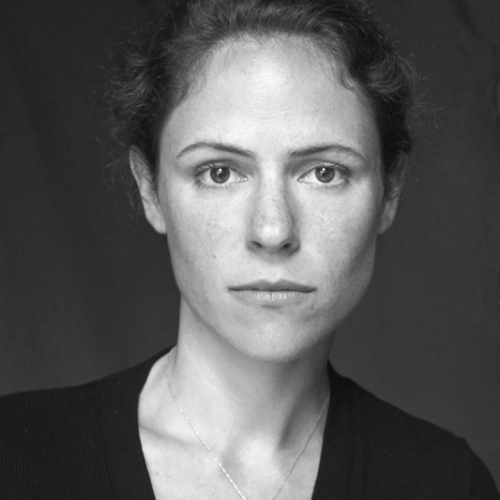