Lydian Nadhaswaram a 13-year-old Indian Child Pianist won the Americal Talent Reality Show the World Best. He Bagged the Price Money of USD $ 1 Million after Winning the Show. He is learning the Skills of music at the age of only two years. he is one of the best pianists by Google Search Engine.

He is also the Student of the Great Music Composer AR Rahman’s.He Completed his training From the AR Rahman Music School. He is also the Son of Famous Music director Varshan Satish. He Impresses all the Judges of American Reality Show the world Best and surprises the Audience by playing the two piano Medleys. Lydian Score in the final Round is 84, Which is most Closest his Competitor Kukkiwon’s that is 63.

After Winning the Show the Legendary music Composer Visited the House of Lydian on Thursday with a bouquet in hand. he also did the live season with AR Rahman and Share their Music Live Season on Twitter. He is also trained Professionally to play various musical instruments like Piano, Mrudangam, Tabla and many More. He also Shows his Piano Skills on the Mumbai Piano Day. 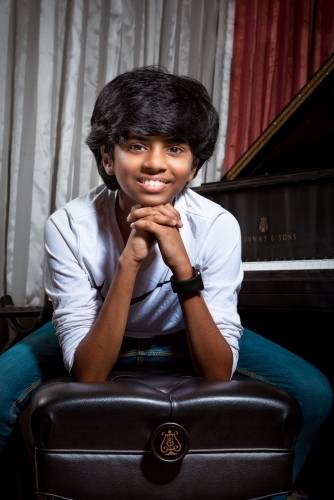