Flautist Adam Walker was appointed principal flute of the London Symphony Orchestra at the age of 29 and is at the forefront of a new generation of wind soloists. James Baillieu is one of the leading song and chamber music pianists of his generation, described by The Daily Telegraph as “in a class of his own.” The duo make their recital debut in India performing works by Mozart, Poulenc, Franck, and François Borne’s Carmen Fantasy, featuring themes from Bizet’s beloved opera.

This programme runs approximately 75 minutes including one intermission.

Late entry will not be permitted. 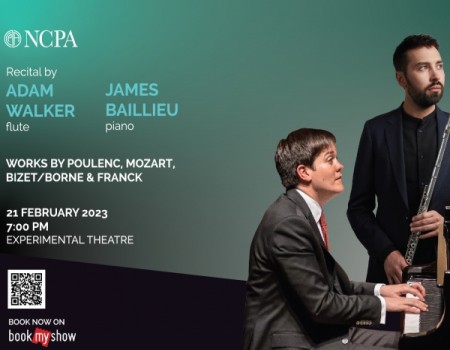