The 24-years-old winner of the 2021 Leeds International Piano Competition, Alim Beisembayev has been praised by The Guardian for his “mature and intelligent playing”, and hailed as “a future piano star”. His programme at the NCPA includes four of the Liszt Transcendental Etudes, the entire set of which form Beisembayev’s recently-released debut album. In his own words: “The Transcendental Études of Liszt are amongst the most challenging piano works ever written by any composer. Frequently described as tone poems, these inspirational works take the étude to a new level… Since early childhood, I had been inspired by performances of these works by legendary pianists such as Cziffra, Richter and Kissin, never dreaming that I would one day be performing them myself.”

This programme runs approximately 105 minutes including one intermission.

Late entry will not be permitted. 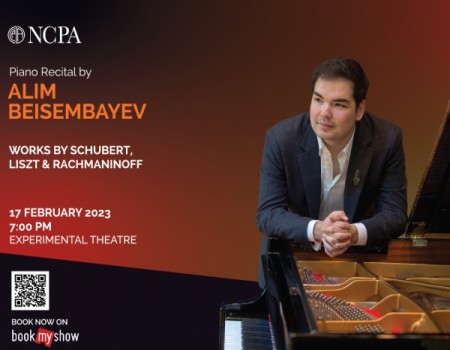