Programme:
Mozart: Overture to The Marriage of Figaro
Mozart: Piano Concerto No. 12 in A major, K. 414
Beethoven: Symphony No. 6 in F major, Op. 68


The SOI Chamber Orchestra led by resident conductor Mikel Toms performs a programme featuring Beethoven’s “Pastoral” Symphony, which remains one of the composer’s most beloved works. Swiss pianist Fabrizio Chiovetta will join the SOI to perform Mozart’s Piano Concerto No. 12, which the composer described in a letter to his father as having “parts here and there from which connoisseurs alone can derive satisfaction, but these passages are written in such a way that the less learned cannot fail to be pleased, albeit without knowing why.” 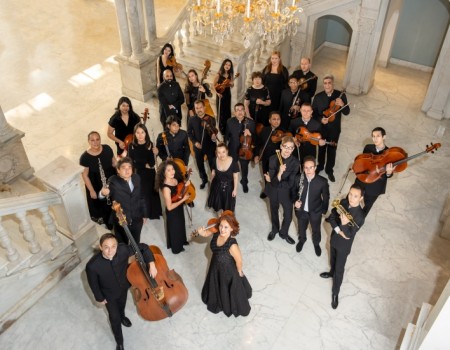