Alessandra Ammara has drawn the attention of the musical world from a young age, succeeding in major international piano competitions such as the "J. Iturbi" in Valencia, the "Casagrande" in Terni, "G. B. Viotti" in Vercelli, and the "Van Cliburn" in Fort Worth. In 2000 she was awarded “Laureate” by the "Esther Honens" international piano competition in Calgary, Canada.

Together with some of the greatest pianists in the world, she recorded the new complete Chopin edition produced by Brilliant Classics. For the same label, Ms. Ammara recorded a CD dedicated to the Italian composer Roffredo Caetani (1871 – 1961) in 2014. In spring 2016 Piano Classics will release the first volume of Debussy's Complete Piano Works.

Alessandra Ammara graduated from the "L. Cherubini" Conservatory of Florence and the Accademia Pianistica of Imola. She honed her talents as a student of great musicians like Maria Tipo, Paul Badura-Skoda, Dmitri Bashkirov, Franco Scala, Boris Petrushansky, Leon Fleischer, William Naboré and Fou Ts'ong at the International Piano Foundation at Lake Como and the Scuola di Musica di Fiesole.

Ms. Ammara is piano professor at Istituto di Alta Formazione Musicale in Ravenna and is often invited to sit in international piano competitions and to give master classes for American and European Universities and Conservatories. 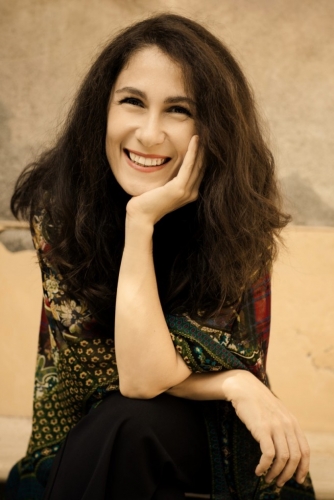